/ About Us/Blog/What is an Apostille?

What is an Apostille? 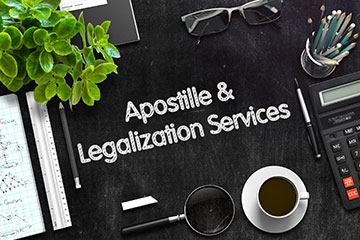 If United States-issued documents are to be used in a foreign country, a legalization process is required to validate them for use abroad.

Always check on the country of your document destination before you order an apostille.

The purpose of authentication process is to confirm that a US-issued document along with signatures on it are legitimate.  The Secretary of State certification permits foreign countries to accept US-issued documents as original and originating from the United States. Before you start your document authentication, check whether the country where you are planning to use your document is a Hague Apostille Convention member or not, as it will determine the process of legalization. Apostille service is a universal form of document verification between countries-members of the Hague Apostille Convention. Since foreign countries are typically not familiar with the US-issued documents, an apostille serves as proof that a document is original and legitimate.

If a document was not issued by the government office, like a Power of Attorney, which permits a person to legally represent and sign on behalf of another person or a company, it is even more important that such documents are properly legalized to be accepted abroad.

In the legalization process, officials legalizing the signature of the official on the document that was signed.

If a document needs legalization by the Embassy:

“Multichoice Apostille has impressed us with its fast and reliable service. Such a pleasure to work with the company that knows what they are doing.”

“My trust in Multichoice Apostille paid off as I received my son’s birth certificate with apostille within a couple of weeks.”

Apostille from anywhere in the U.S.